In solidarity with Asian communities under racist and sexist attack, we also publish the open letter of April 16th 2021 of the project group of the Asian Film Network (BAFNET), Deutsche Asiat*innen Make Noise (DAMN*), DIASPOR.ASIA, ichbinkeinvirus.org and korientation, the network for Asian-German perspectives e.V.:

Atlanta – what exactly happened?
Against anti-Asian racism and silence! For cross-community solidarity and decolonized remembrance!

Exactly one month ago today, on March 16, 2021, six Asian immigrant women from China and Korea and two white clients were murdered in three Asian massage parlors in Atlanta, Georgia by a young white Christian fundamentalist. Activists from Asian-diasporic communities held a candlelight vigil for the victims of the racist and sexist attacks at the Peace Statue Against Sexual Violence Towards Women in Berlin on March 23, 2021. A rally was also held in front of Brandenburg Gate across from the U.S. Embassy on March 28, 2021.

We are a diverse group of people with different stories, from different Asian German communities, as well as from other Asian diasporas. We demonstrate transnational solidarity with Asian American communities. With our political engagement and action, we want to raise awareness for and oppose anti-Asian racism. This can only be done in solidarity with the fight against other forms of racism as well as sexism and classism!

With dismay, we notice that the socio-political significance of this anti-Asian mass murder continues to not be recognised in the U.S. and, to an even lesser-degree, in Germany. Politically, the massacre of innocent and unarmed victims has not yet been classified as a terrorist attack, nor has it been prosecuted as a racially-motivated hate crime. Yet, there is no question that the murders were premeditated and targeted Asian women in Asian-diasporic areas with inhuman brutality. Given the scale and gravity of this event, we are disappointed and angry; however, we are not surprised that the majority of German media has paid little to no attention to it. Furthermore, insufficient information was reported on the historical and social context and background. German politics and society have also failed to acknowledge these murders. These failures perpetuate a tradition in which anti-Asian racism is systematically underestimated in society, institutionally negated, and still, too often, made invisible.

We reject the vilification and refuse to be scapegoats for the COVID-19 pandemic. More than 3,750 attacks against Asian Americans have been recorded in the U.S. since the beginning of 2020. In Germany, too, verbal and physical attacks on Asian Germans have risen drastically. The fact that statistics on anti-Asian racism only started to be gathered and documented recently, is telling. Yet, anti-Asian racism is not a new phenomenon in Germany. A system of anti-Asian racism established roots in Germany when Germany colonized Chinese and Pacific territories in the 19th century. The racist pogroms in Hoyerswerda in 1991 and in Rostock-Lichtenhagen in 1992, as well as the murders of Nguyễn Ngọc Châu and Đỗ Anh Lân in Hamburg in 1980, Phan Văn Toản in Fredersdorf in 1997, Duy-Doan Pham in Neuss in 2011, and the rape and murder of Yangjie Li in Dessau in 2016, among others, demonstrate examples of historical continuity. Our commitment against anti-Asian racism is fundamentally connected to anti-racist struggles and historical experiences of other communities of color. This includes, for example, confronting NSU terrorism, the attack in Hanau, and our support for the Black Lives Matter movement.

One year after the racist terrorist attack in Hanau, there is still no federal strategy to combat racism. It remains unclear how the measures presented by the Kabinettausschuss gegen Rechtsextremismus und Rassismus (Cabinet Committee for the Fight Against Right-Wing Extremism and Racism) are to be implemented. The CDU’s blocking of the Demokratiefördergesetz (the Democracy Promotion Law) also demonstrates, once again, that the fight against racism and right-wing extremism is not prioritized and that the commitment of civil society organisations is not valued. 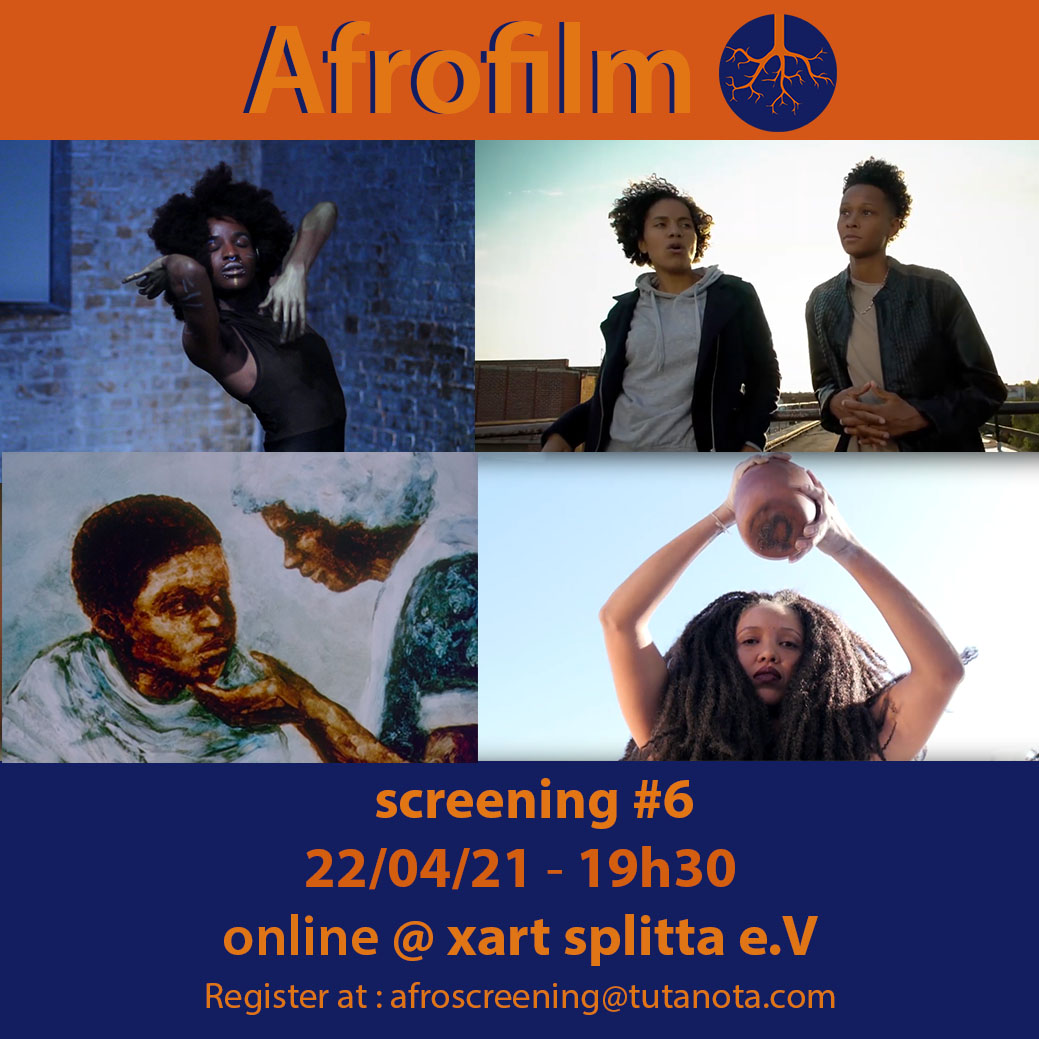 **The screening will take place online!**

Welcome to the sixth screening of Afrofilm & Diasporic Realities!

Afrofilm is a self-organised monthly screening of films telling the lives and experiences of african and afro-descendant people from various geographical locations.
We will be showing films for us by us, which means that the screening is for a closed audience of African and Afro-descendent people.

There is a lot to know and learn from all of us and we think that films are a relevant and efficient way of making this possible.

This time our diasporic mix is poetic. We focus on artistic expression beyond live action film and for this, we will show you a music video, a dance film, a 2D animation and visual poetry coming from artists from Brasil, Canada, France and Germany.
After the screening of “Mar de Elas“, “Dein Brief“, “Black Soul” and “Black is me“, we will have a discussion round with two of the film makers centering the topic of artistic expression as a political tool and a Q&A.

This screening will take place online.
Please register via: afroscreening@tutanota.com
Afrofilm Screening is a safe space for Black people, please write a few words about yourself when you register – Thank you!

Find more Information about the Afrofilm screenings on Instagram: @afro.film.

This event takes place in cooperation with the project #CommunitiesSolidarischDenken. 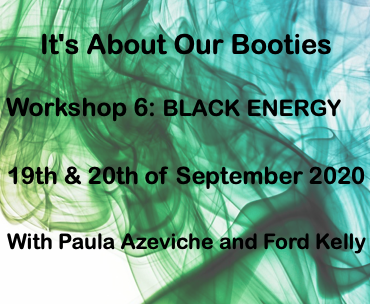 With Paula Azeviche and Ford Kelly

You can find information about registration here. Please check this out before you register. Deadline for registration is 13.09.2020.

What does Black Energy mean to us in the context of Black Rage, Black Rest, Black Spirituality and Black Love?

This Workshop is about harvesting our energy as Black Trans*, Inter, Non_binary, Genderqueer, Agender People where we will explore ways in which this energy effects us as we use movement, sounds, meditations, discussions and experimentations as well as drawing and sharing music to guide us within Black Energy.

Black Energy is a experience that will give us internal tools to navigate our external worlds. It is a preparation for how important it is to find our own energy, and how our own energy can transform our own world.

It is an exercise for self empowerment, growth, healing, resilience, creativity and give us strength to exist as Black Bodies in movement.

For: Black People, all bodies welcome.

This is an online workshop.

Paula Azeviche holds a Master’s degree in Ethnology and African Studies from the Faculty of Humanities, 2011 and a Bachelors degree in Education from the Faculty of Education, 2007. Her experience is concentrated in the field of human sciences, with special emphasis on racism and antiracism praxis in education and diversity. She is a pedagogical consultant and art educator.

Ford Kelly is a Black Alien Queer Trans* Artist / Facilitator who lives and works in Berlin. Ford’s experience is concentrated between the fields of design, Cultural Production and dance/movement research. All with a focus on Black Queer Spaces in Berlin.

This event is part of the project  #CommunitiesSolidarischDenken and is sponsored by LADS.