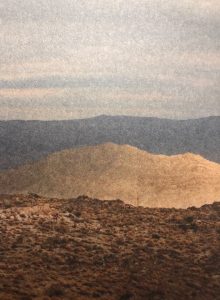 What does it mean to die in exile? What happens to the bodies of stateless people after their demise? What impact do expulsions and border policies have on rituals of death for people living in exile? And what role does the question of forced migration and landlessness play in dying?

What role does death play for those who have escaped it? How does the diaspora relate to that, which was the reason for there bring a diaspora?

These are the questions we will address in the third and, for now last event of our series Dissolving Territories. We warmley welcome you to join us in the discussion.

The event will take place in German spoken language. Questions can be asked in English. The space is wheelchair accessible. There is a lift at U-Bahnhof Kottbusser Tor.

Senthuran Varatharajah  studied philosophy, theology and cultural studies in Marburg, Berlin and London. In 2016 he published his award-winning debut novel “Vor der Zunahme der Zeichen” (S. Fischer). Among others it was awarded with the 3Sat Prize at the “38th Days of German-Language Literature”, the Alfred Doblin Fellowship of the Berlin Academy of Arts, the Berlin Senate Fellowship, the Kranichsteiner Literaturförderpreis, the Bremer Literaturförderpreis, the Chamisso Award and the Rauriser Literaturpreis.

In this three-part series various questions within the context of life in the diaspora/in exile are highlighted and discussed from a decidedly Tamil perspective. We aim at consciously centering Tamil voices and approaches  while working on and analysing these questions; voices that have always been marginalised and silenced by various parties and/or are unheard or not listened to. We want to look at cultures of memory and the construction of narratives through the prism of an Eelam-Tamil point of view and thus endeavour to debate questions of identity and belonging as well as to deconstruct local myths around the topics migration, flight and resistance in Germany.