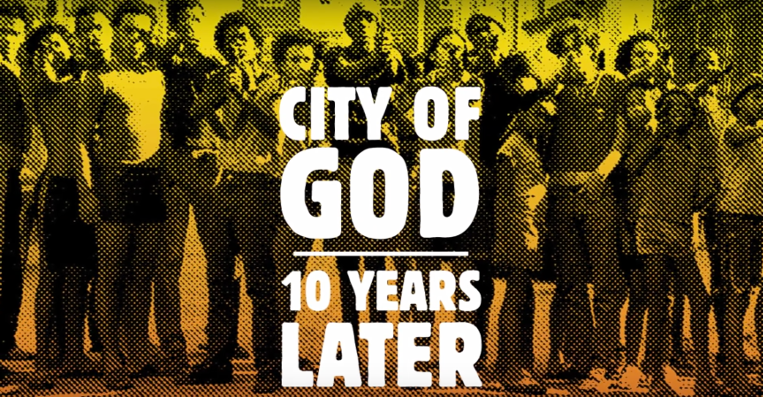 CITY OF GOD – 10 YEARS LATER investigates the fate of the actors who participated in the award winning film directed by Fernando Meirelles in 2002- „City of god“. This documentary shows the different results and impact the film had on the lives of the actors as well as in the community. It reveals how much they got paid and explores their current jobs, among other topics.

Followed by an Q&A (German-Portuguese)
SOLI to „Projeto Reaja“
Reaja is a Pan Africanist organization of transnational fight against racism, neo colonialism and the genocide of black people. Acting in favelas and prisons, supporting families of victims and victims of white supremacy.

Special thanks to: Sidney Martins from „cinemanegro Filmproduktion GmbH“