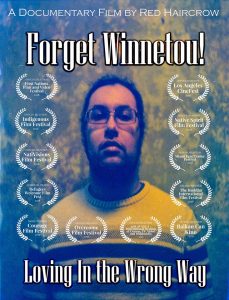 November is Native American Heritage Month, a national holiday in the USA. But there and here in Germany, the dehumanization and objectification of Indigenous peoples, and the minimization or erasure of historical acts and issues continues. Colonial behaviors and practices that are connected to the most serious, even life threatening problems humanity now faces.

Germany is well known for its cultural appropriation and ideation of American Indians. Misinformation, stereotypes and Eurocentric narratives are widespread. “Playing Indian” as a costume or a lifestyle has been normalized for generations, largely with the help or excuse of Karl May’s work.

Whether one agrees with such practices or not, most don’t recognize it for what it is: #Colonialism2019 and Systemic Racism. Why are Native and Indigenous issues too often left out of conversations on racism in Germany? Why do so many people, even anti-racism or social justice activists continue to tokenize/primitize Indigenous peoples and/or leave them out of conversations on how to survive and create a better world for all peoples?

What truly is intersectional activism and why is it critically important for Indigenous peoples, the history of their treatment and contemporary reality to take stage alongside any and every other action on anti-colonialism, anti-racism and climate crisis? What can you do? What should you do? How can we work together?

We’re going to talk about it with our guest speaker Karin Louise Hermes.

The same mentality that ignores indigenous rights to self-representation are often those who also stereotype and gaslight GLBTIIQ people, women, the disabled or economically challenged, especially people of color just for desiring change and equality. It is basically saying, “My gratification is more important than your dignity, your rights or even your life.” This is a main facet of rape culture. It is intersecting oppression.

Most films about Natives concentrate on European narratives or indigenous experience in North America but there are Natives abroad and being “loved in the wrong way” in “Indian crazy” Germany has many forms. Germany is a microcosm of struggles taking place across the world both against and for decolonization; for correcting white privilege and supremacy that’s divided and helped destroy our world. We explore the roots of racism, colonialism, and appropriation in Germany from a rarely considered perspective: the Native American they claim to adore.

Vimeo with all trailers and videos by Red Haircrow: https://vimeo.com/redhaircrow

The film is in spoken English/German with German subtitles. 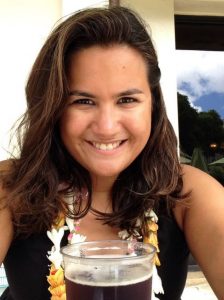 Karin Louise Hermes is a Filipina-German academic based in Berlin, Germany. Karin has participated in, organized and reported on many inter-sectional political issues at climate crisis conferences, during direct actions and demonstrations and other endeavors on Indigenous self-representation, ending racism and colonialism. She holds a MA in Pacific Island Studies from the University of Hawai’i, and is a PhD candidate in American Studies at Humboldt-Universität Berlin. One of her articles, “Why I protest” can be found here.